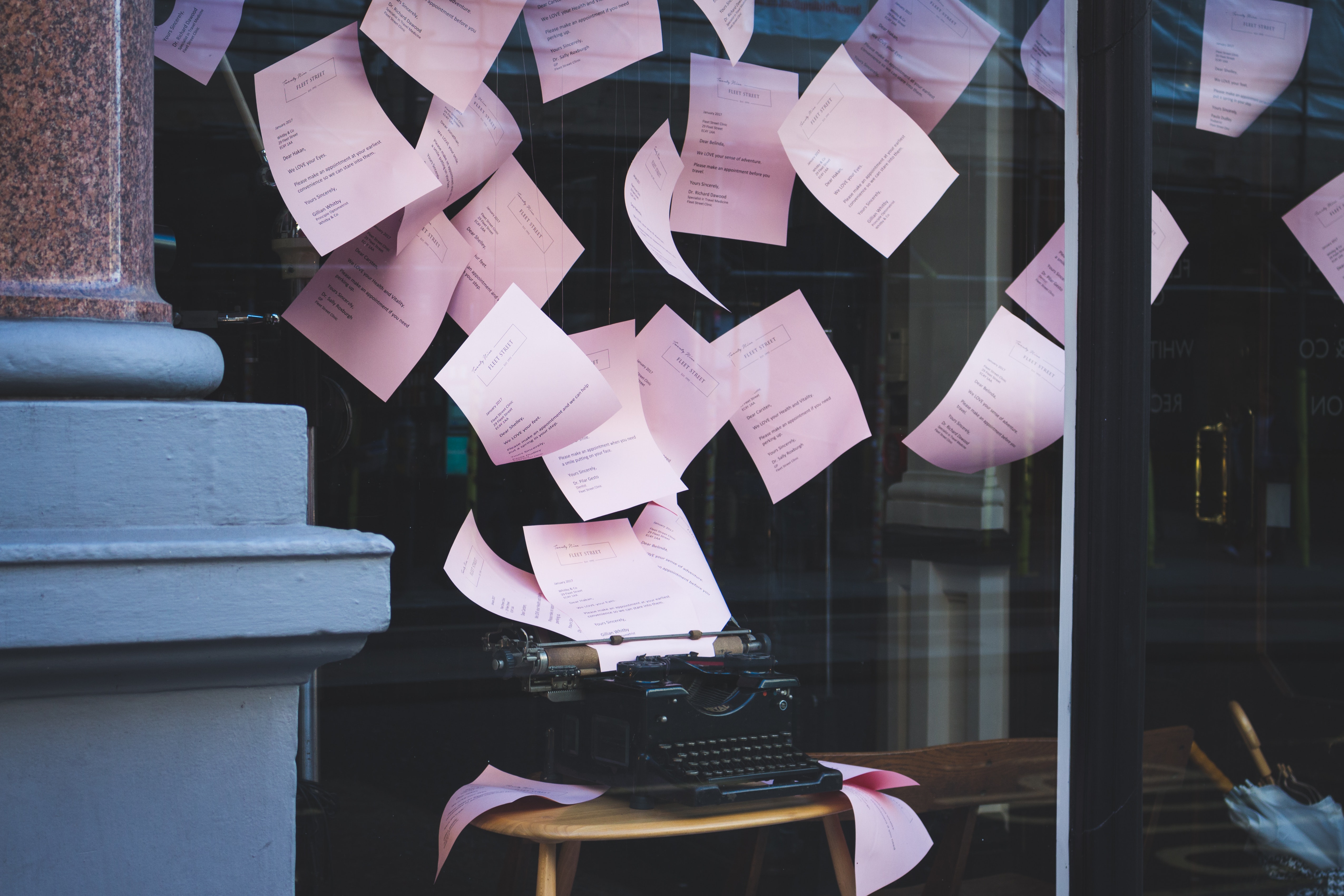 As I prepare for the launch of my first future-published book, I keep thinking about how much of an uncertain inevitability this feels like. Inevitable because I was always certain I'd write a book. Uncertain that I'd ever actually publish it.

I wrote my first book when I was seven years old. As a woke elementary school student, I took great umbrage to George W. Bush's decision to build a pipeline in Alaska. My classmates and I were beside ourselves with grief regarding the fate of all those arctic creatures.

And so, in our modest attempts at getting revenge for those animals, my friends and I created Revenge of the World. I wrote the story of an evil President and how my friends and I, the protagonists in the story, of course, ruined his dastardly plans to wreak havoc on the world.

A couple of my friends offered their illustrative talents, and then I held that final product. I liked how it felt to hold my own story in my own hands, and already knew I'd need to feel that sense of accomplishment again, over and over.

Eager to share this tale, we "published" Revenge of the World. I asked my Dad to print out copies of the 11-page story at his office printer so we wouldn't use up our home ink. He printed out a stack of copies, and I bound each with an elegant row of three perfectly placed staples. And as I cycled through my "books", I smiled every time I saw the words By Michael Karolewski.

I sold copies on the playground to other literate, like-minded second-graders, charging a quarter each. A youthful capitalist who would one day write tales of capitalism's tyranny. But I made about two bucks, which was enough to buy lunch for myself one day. Brunch at Lunch: I always loved those French Toast Sticks.

Before I could earn meteoric profits, a teacher shut me down after they realized the story involved my friend kicking a President's goony henchman in the head. Violence was not to be celebrated on the playground, so that was the end of that.

That was my first foray into writing. The next projects would come in bursts of creativity at random, sometimes spurred by daily journal assignments assigned in English class. Or sometimes by the moody ruminations of a pre-teen boy. Eventually, many failed starts led to the eventual completion of my second book. By the end of eleventh grade, I completed The Rejects: a proper novel that was nearly identical to the length of the first Harry Potter book (which I remember as being very important). I had my high school teacher read it and even some of my friends. I was so proud of it, even though in retrospect, it reads more like a version of Twilight that tried to be sophisticated and literary.

But back then, no matter my pride, I didn't believe publication was an option, even though it was my grandest dream. By the ripe age of seventeen, I had already figured out life's darkest truths. Dreams are nothing more than counterfeit goals, floating in your subconscious, just always out of reach. And if by some miracle your dream comes to pass, what comes after that?

I set that book aside, sometimes taking it out and re-reading it, wondering what would happen if I tried again. Life got in the way. College flew by in an instant, and as I started my career in insurance companies, I feared the inevitable wouldn't actually come to pass. I'd never publish a book. Pragmatism and a corporate pay check had dashed that dream.

But then something happened. One day, I started writing again. Then I wrote the next day and the next. I stopped writing for a year and then wrote 200 pages in a month. In starts and fits, over the course of five years, I told the story of a capitalist afterlife and a story that sought to answer some of my favorite existential musings. Why are we here? What is our purpose? I wrote my soul into that story, drawn across hundreds of notecards and legions of Word Docs. And in the unending limbo of COVID lockdown, I finished the first draft and poured myself a glass of wine, shed a few tears, and napped on the floor.

Now here I am, awaiting the release of this book that I'm so proud of, having left the comfort of my day job to do something that fills my soul with newfound purpose. Every day, I wake up ready to write and eager to share my stories with readers around the (hopefully!) world. And even if I don't earn enough to afford Brunch at Lunch, it will still have been worth it. I'll get to figure out what comes after you live your dream.